The Agios Spyidon church in Old Corfu was build in 1589 and named after the Greek island's patron saint.  The remains of Saint Spyidon are kept in a silver casket in the church.

Spyridon, who was originally from Cypress, is said to have performed many miracles prior to his death in AD 350. 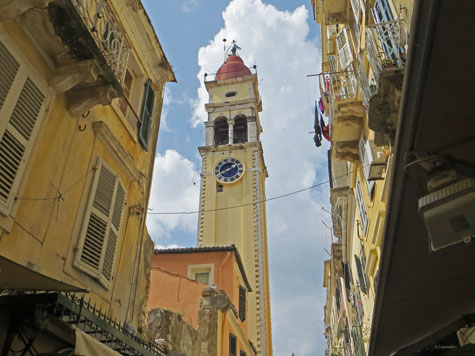 The Agios Spyidon church can be easily recognized by its tall clock tower.  The red-domed tower is visible throughout Corfu town.